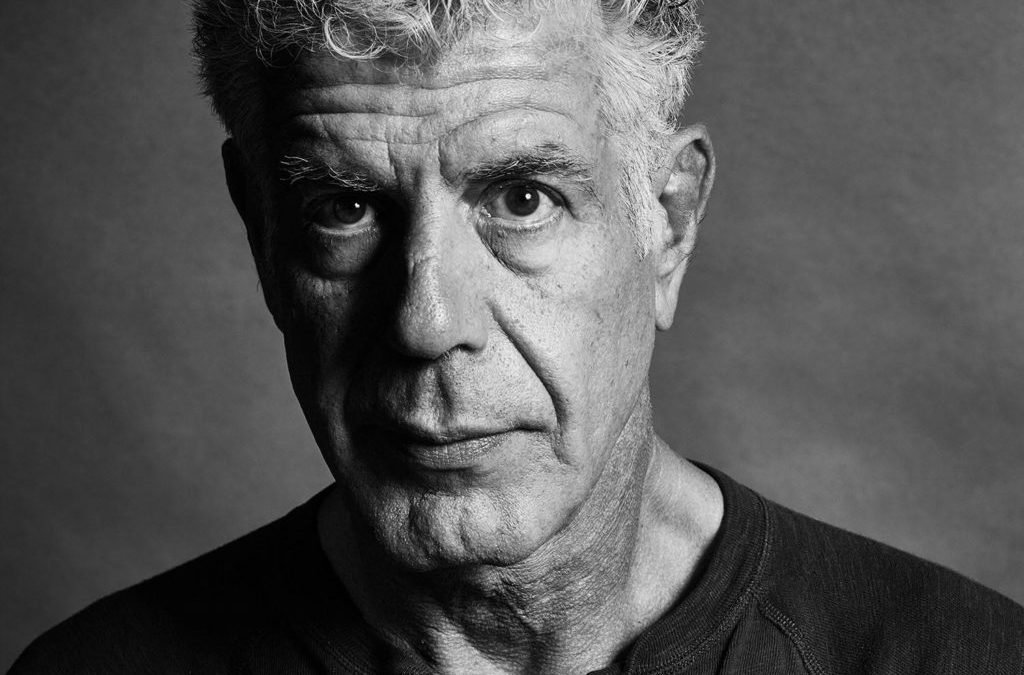 Continuing where we left off in Anthony Bourdain PART I. You can argue that these high-profile hits are often a joint effort, a consensus by many people. The Clintons, Henry Kissinger, Harvey Weinstein, and Adam Schiff = All work for the same NWO (New World Order) goals and pray to the same demonic entities (Moloch, Baphomet, Lucifer, Osiris, or Horus). If these people rape children, I guess they plan murders over brunch as casual as you and I discuss workday.

Asia Argento said Harvey Weinstein raped her after he invited her to a party. She arrived to find him alone in a hotel room, wearing just a bathrobe. He forced her to give him a massage and then forcibly performed oral sex on her. She was terrified by the horrible trauma, “He was so big. It wouldn’t stop. It was a nightmare. I was not willing. I said, ‘No, no, no!’ It’s twisted. A scary fairytale.” These declarations sound weird when you realize Asia started dating Weinstein two weeks later, a relationship that would last for more than two years.

More than eighty women came forward to accuse Weinstein of sex crimes. It took a while, but Weinstein did end up in jail. The real question now is, will he survive prison? Worth noting is that Weinstein did reach an agreement with some of the victims, including Asia. Was that the plan all along? Was Asia in on it? At the very least, she was an opportunist as she dated Weinstein for career favors. We know Asia targeted Anthony directly to date him, why? Under whose direction?

Anthony was becoming a concern with his frontal and honest journalism. It’s plausible to say some people felt he needed to hold back. Weinstein hired the services of Black Cube, run by former Israeli intelligence officers of Mossad and Kroll, the biggest global corporate-intelligence firm in the world. Invoices reveal he agreed to pay $600,000 for information that could stop the press from publishing allegations against him. Weinstein used former Mossad agents to spy on actresses and journalists, even threaten them.

Is this why the mainstream media failed to report his many sexual assaults for decades? Who can say he didn’t hire assassins to go after Anthony and others? Who can say he didn’t refer them to Adam Schiff? Another man with Zionist ideology and lots to hide. Asia used her speech at the finale of the Cannes Film Festival to denounce her abuser, describing Cannes as Weinstein’s hunting ground. Anthony 100% empowered and supported Asia to take on the Hollywood elite on their turf.

He gushed over every display of defiance, and his public support, fiercely stated many times. The worst part? There are hundreds of women and underage girls victimized by Weinstein that never saw justice. The most notorious celebrities deflected all the attention, sadly, some did it precisely with that intention. A common bait and switch to gatekeep the social movements, and divert from worst crimes. Every time they fear the darker stuff may get exposed, they concoct a plan to deflect. They select a sacrificial lamb, and they all assume a part in the script.

Why is Mossad suspect?

Mossad has a brutal reputation regarding murders for hire. Probably, their most public assassination was the poisoning of PLO leader Yasser Arafat – A crime verified by French authorities. Lots of Mossad agents act as freelance mercenaries, the agency itself feeds with similar men as long as they swear allegiance to Zionism. Note I say Zionism and not Israel. These are two very different things despite the efforts by some to merge the terms as a deflection method.

Chris Cornell’s bodyguard, Martin Kirsten, is a man that fits the profile for the Mossad recruiting corps. The South African Army veteran has the size, the will, and the killer resumé needed to succeed at the Kidon Elite Assassin division. Anthony had a vast history of criticizing the Zionist regime, meaning he was most likely considered an enemy of Israel by Mossad. That, coupled with the fact that Weinstein, Schiff, and Mossad are in cahoots, should cause suspicion.

Anthony traveled to the West Bank region to showcase Palestinian and Israeli food on his show in 2013. While filming, he fell in love with Palestine, its people, and the culture. He was shocked as he witnessed the brutality of the military occupation by Israeli forces, and he wasn’t shy about it on social media. Is it so hard to imagine Anthony pissed off all these people simultaneously, and they vouched to take him out?

Siding with the underdogs

Anthony was very touched by Armenian history, more specifically the genocide carried by the Turks. He talked about putting out a TV production, exposing the facts as they weren’t before. Supported by the Armenian people themselves, Anthony hoped to expose the massacre perpetrated by the Turks and their allies, with no reservations. The Syrian War plan was modeled after the genocide, casually involving the same villains. Turkey, Saudi Arabia, the U.S, the U.K, and various elements within the worldwide Zionist movement joined in the effort.

Anthony met with musicians Chris Cornell (Soundgarden) and Serj Tankian (System of a Down) to discuss the project. Serj is Armenian, and Chris gave his music to The Promise, a film denouncing the genocide. Anthony met with Chris a few months before he died, also staged as suicide via hanging. On Parts Unknown S3E6 in Moscow, Anthony dines with Boris Nemtsov – The man who was Vladimir Putin’s political nemesis in Russia at the time. “Bad things seem to happen to critics of Vladimir Putin. Journalists, activists, even powerful oligarchs once seemingly untouchable are now fair game if they displease The Leader.”

Some time passed until an unidentified attacker shot Mr. Nemtsov four times in the back as he crossed a bridge close to the Kremlin. He died hours after appealing for support for a march against the war in Crimea, Ukraine. The episode ends with a defeated Anthony describing, in voiceover, how Russia recently annexed Crimea. “The world has done nothing. The world will do nothing. As Vladimir well knew” said Bourdain. Anthony didn’t have anything nice to say about the Russian leader.

A loud voice for the voiceless

Anthony became increasingly political on social media as he began challenging the war agenda of the global elites. He posted very provocative comments on Twitter, like what he wrote about Henry Kissinger after filming in Cambodia. Check out his Tweets going hard after Weinstein, the British monarchy, the military-industrial complex, Rudy Giuliani, the Clintons, and Donald Trump. He went after a lot of people CNN is known to protect, and he worked for them, after all.

Anthony was insanely influential, he wasn’t known as the most prolific chef, but he certainly was the most iconic. Chances are some of the people who were getting exposed could not risk further disclosure. He had 1.8+ million followers on Facebook, 2.6+ million on Instagram, and 7.5+ million on Twitter. Some people question his friendship with Barack Obama, but there wasn’t one. The show they recorded together in Vietnam was a PR stunt planned by CNN. However, there seems to be a message inside that episode according to this great researcher’s video.

Never shy about politics, he told TMZ about his disdain for Kim-Jong Un, the North Korean leader. “There’s nothing they are going to let you see in North Korea. It’s an unpleasant government. Most of the population is starving. Don’t you think that would be in kind of bad taste?” he said. When asked about their leader: “He’s a chubby little evil fuck. Nobody else eats.” Later, the reporter asked what he would serve at a summit between Trump and Kim. “Hemlock,” Bourdain said, pissing a lot of people off.

Feuding with the Clintons

Anthony was harassed and threatened by Hillary Clinton operatives weeks before he was found dead in an apparent suicide. According to investigators, Anthony was planning to expose pedophile rings connected to Hollywood and D.C. shortly before his death. After the recent revelations about Adam Schiff at Le Chateau Marmont, it seems this was right. Hillary Clinton has never been great at admitting mistakes, and she told Zakaria she was not aware of Weinstein’s actions.

“I certainly didn’t, and I don’t know who did. But I can only speak for myself, and I think I speak for many others who knew him, primarily through politics.” Anthony visited Haiti, a country destroyed by the Clinton Foundation. During his trip, he met with Sean Penn in the tent city built by his relief group. During his LAST interview, Anthony revealed his thoughts about both ex-president Bill and ex-secretary of state Hillary Clinton.

“Bill Clinton, look, the bimbo eruptions—it was fucking monstrous. That would not have flown today. A piece of shit. Entitled, rapey, gropey, grabby, disgusting, and the way that he—and she—destroyed these women and the way that everyone went along, and, and are blind to this! Screamingly apparent hypocrisy and venality. How you can you howl at the moon about all these other predators, and not at least look back. OK, let’s say, well, it was all consensual: powerful men, starstruck women, okay fine, let’s accept it at its most charitable interpretation. Fine. He is a very charming man, I met him, he’s fucking magnetic.”

As to continue with the parallels, Anthony was part of Luminary Lane, a charity started by Chris Cornell. The initiative was supported by Chester Bennington, Brad Pitt, and Rick Rubin as well. Anthony, Chris, and Chester died by hanging: The ones alive today are part of the club. Coincidence? Its rumored Chris, Chester, Anthony, Avicii, and Leroi Moore collaborated on a documentary called “The Silent Children”. The film, directed by Lisa Beane (Moore’s fiancee) aimed to expose elite human and organ trafficking rings worldwide.

Countries like Turkey, Romania, Thailand, and Cambodia featured in the official trailer. However, the consultant for the film states the men weren’t part of the project in any capacity. The murders of Anthony, Chris, and Chester meant to do one thing: Send a strong message. “Going rogue will NOT be tolerated, either line-up or lose it all.” His girlfriend, Asia Argento, got the Illuminati warning to stay quiet. So did Brad Pitt and others close to Chris and Chester.

Strangulation is a favorite execution method for the Illuminati, it aims to warn others and expose traitors. The ritual murder goes back to when Julius Caesar strangled Vincengetorix, and take his place as the Roman Emperor. It’s a Saturnian Cult sacrifice ritual, and when they hang you from a doorknob, it’s an obvious tell. Anthony was ready to denounce child sex trafficking and was killed “in 3’s” after Inés Zorreguieta and Kate Spade. These murders are all connected, that much is obvious by now.