LOUDER THAN LOVE – THE FILM 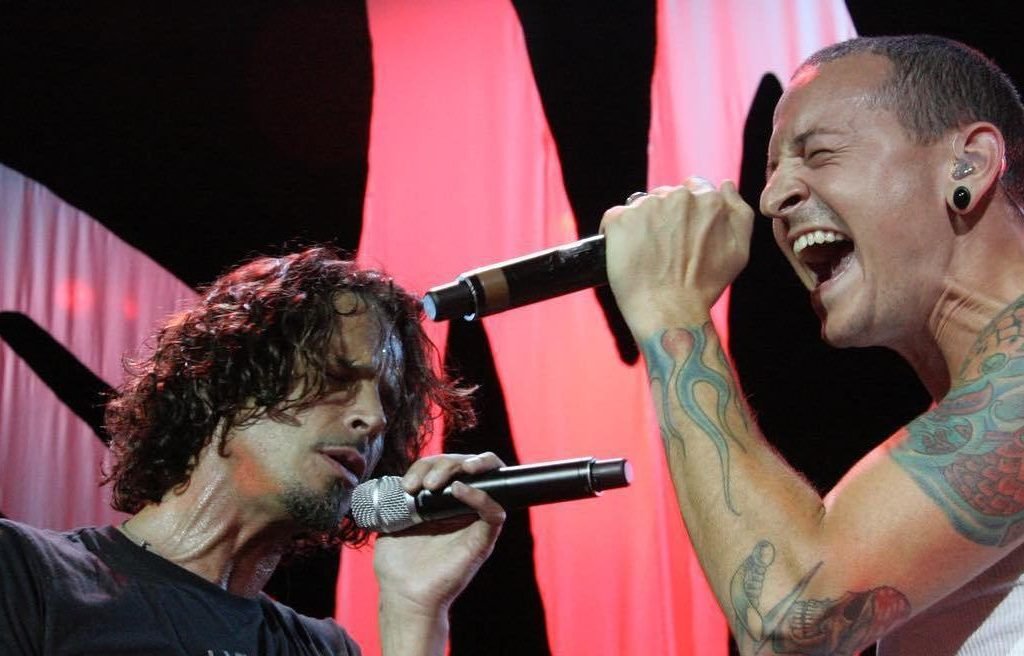 Louder Than Love is a touching documentary film exposing the murder of beloved musician Chris Cornell. A man whose life purpose of helping vulnerable children opened a can of worms nobody was able to handle. Add that to the greed of his widow, and we have a recipe for disaster. Human trafficking is the most profitable criminal industry in the world today, a pandemic hidden in plain sight. So deeply ingrained in society so that few people notice the real dimension of the problem.

The purpose of this project is to ally with witnesses, loved ones, victims and supporters to shine a light on these hideous crimes. The film will portray forensic analysis with lots of circumstantial and testimonial evidence. The aim? To convince foul play was present in these deaths. After three years of research, I do not doubt in my mind, its murder. The mainstream media LIES to you every day, in part because their owners are the very same people they should be exposing.

The media lied to you about weapons of mass destruction, covered for Wall Street, and Goldman & Sachs. They covered for rapists, pedophiles, and murderers. Louder Than Love aims to expose everything the media should have, especially involving ELITE child sex trafficking. How much is enough? They told you these brave people committed suicide because of depression, drugs, random accidents, or botched robberies.

Just take a look at the evidence compiled, and I promise you won’t regret it. Chris Cornell saved my life plenty of times, as his music grounds me often. Let’s say I owe a lot to the man and his power. If you care AT ALL, you have the option to check my evidence, backed by official documents and testimonies. THEN you have the ammo to contest and vet Louder Than Love, it’s up to you! It sounds like a good deal to me! Are you not convinced?

What if I told you that I have screenshots of a former LAPD Sargent stating Chris and Chester were both murdered because of what they were about to uncover? Some of these people found hanging by doorknobs using scarfs, elastic exercise bands, bathrobe belts, and even a dog leash as suspenders. Not shady at all? Six of them to be precise. Did you know there is enough forensic and circumstantial evidence to question the investigation of Chris Cornell’s death?

Sadly, the reopening of these cases won’t happen as the same criminals who gained from silencing these people rule the world. For decades, they built a bulletproof network, so you remain ignorant of their darkest secrets. What secret is so dark you are forced to eliminate those who know about it? What crime guarantees a total cancellation of any career you ever had? Pedophilia, murder, and child sex trafficking. What if I told you these people were about to expose these same crimes committed by close friends, associates, and employers?

Do your own research

Top tier musicians, actors, politicians, and moguls: Those known as the elite, all involved. The suspects of planning these murders thrive as they are connected: financially, socially, and even by blood. They protect each other and mock us as we finance their lies. Some of these people were involved in foundations created to protect abused children and women. Some were also involved in different projects together, including films and charities.

What do you think happened at Little St. James, pedophile Jeffrey Epstein’s island? What do you think the NXIVM sex cult was doing on Richard Branson’s Necker island? Any of you heard of David Geffen’s sexual proclivities? Steven Spielberg’s crimes against child actors/actresses? Probably you haven’t as the media avoids telling you, and law enforcement cover it up. How much are these people worth, and how much influence do they have?

You surely heard of people like Harvey Weinstein, Bill Cosby, and Kevin Spacey. Guilty despicable men used as a decoy and as scapegoats. The media shows you the crimes they want you to see. Roman Polanski, Woody Allen, and O.J. Simpson; hard-hitting examples of justice failing all of us. Why was Epstein favored for decades until the baggage was too much? What happened to him in jail, and why none of his enablers are in custody? How do you evade justice and law enforcement so effectively? BLACKMAIL. Videotape powerful people committing career-ending crimes and use the tapes as leverage.

Reality imitates fiction, or is it?

What if I told you the film “Eyes Wide Shut” by Stanley Kubrick is closer to a documentary? After showing the film to Warner Brothers executives and the main cast, Kubrick passed away in his home. The version they saw that day included 24 minutes that were scrapped by the studio after his death. Convenient, right? The Cabal loves playing with numerology, and so Kubrick died 666 days before the year 2001. A callback to the film that earned him an invitation to the Hollywood elite. Kubrick’s wife believes foul play was likely.

Numerology, predictive programming, mind control, and esoteric mysticism – All trademarks of the occult. These people trained in lies and deception. What if I told you most of the culprits form part of a cult? A cult where rituals, blood magick, blackmail, and codes of silence are the glue that holds all the filth together? Why is Israel’s intelligence agency, Mossad, sending spies to entrap and blackmail other nations?

This film is based on facts and make no mistake, is not a “conspiracy theory” film. Furthermore, do you know how that misleading term originated? The C.I.A. weaponized this term to discredit witnesses of the John F. Kennedy assassination, especially those challenging the official narrative. Everyone who defies the official version gets ridiculed and ostracized. Decades later, it becomes obvious the C.I.A. covered up the truth of the despicable betrayal suffered by Kennedy. They bullied legit witnesses into silence, covering up the somber tragedy that affected the U.S. forever. Just as they do today.

Let’s use critical thinking here. I mean, even Courtney Love got away with offing Kurt Cobain back in 1994 as much as the mess that she is. This ring works at the elite level of criminality people. Give truth a chance and open your mind! The Total Disclosure Network is a 100% independent media outlet. I focus on exposing child sex trafficking, pedophilia, high profile murders, and general elite occult secret societies. Any person who uses mind control, child rape, blackmail, and other crimes to enforce their power from the shadows is a target. DARK TO LIGHT. WE ARE THE NEWS. WE ARE THE STORM – WE ARE WHERE TRUTH PREVAILS.

The film will premier on social media for free, and you can watch an extended preview on YouTube and BitChute: