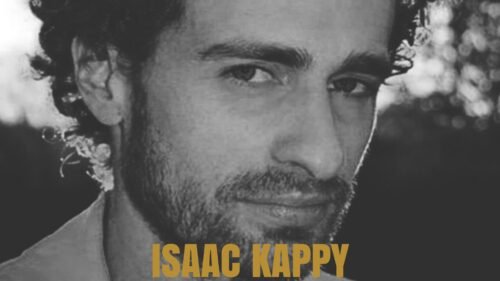 Isaac Kappy died on May 13th, 2019, in Arizona under shady circumstances; the case was wrongly closed as a suicide. “Isaac died after he forced himself off a bridge near Bellemont onto I-40,” The Arizona Department of Public Safety said. After the fall, they claimed a passing truck hit him, but the vehicle didn’t show consistent damage. “Two teenagers got out of their vehicle and tried to restrain Kappy from jumping but failed. No one else was injured during and the investigation is closed.” The actor turned Hollywood whistleblower gained notoriety by coming out against the establishment.

By denouncing Hollywood’s prevalent pedophilia, he became a target. Soon after, he got blacklisted by friends and colleagues and never worked in the industry again. Isaac denounced one of his best friends, Seth Green, and his wife, Clare Grant, abused children as part of the Hollywood cabal. Seth Green invited Isaac to join the Illuminati and offered him $250,000 a year and any car that he wanted. Before this invitation, Isaac attended a dinner party with Seth and Claire that went sour. Seth allegedly told Isaac that they “needed to talk about chicken,” a pedophile code word for young children.

Isaac confirmed rumors on famous people, as child actors confided their experiences with him. Steven Spielberg, Tom Hanks, Stephen King, David Geffen, and others were exposed. He spent a summer in Australia, hosted by notorious SRA survivor Fiona Barnett. They got along, but problems arose as Isaac associated with bad people. Among them, the blood diamond merchant Elaihi Priest, who allegedly paid for Isaac’s plane ticket. Isaac’s dealings with Priest also went sour as he had a moment of clarity and backed down from his side of the deal.

During his most famous stream, Isaac exposed the “Mossad Media Matrix.” This group of spineless infiltrators divert people from the truth and gatekeep the truth movement. What truth do you ask? Jeffrey Epstein was a Mossad asset used to blackmail important political, financial, and entertainment figures worldwide. Ghislaine Maxwell was his handler, not his procurer or secretary. Of course, the Zionist plants campaigned hard to suppress the participation of Israeli intelligence in the honeypot.

One of the big players partaking in this disinfo campaign is Gabe Hoffman, producer for “An Open Secret.” Gabe targeted Isaac and others (myself included) from the beginning. Much like Corey Feldman, Gabe’s role is to protect the wealthiest abusers, all while attacking survivors and researchers. Gabe is suspect of belonging to Black Cube Intelligence and has been doing the MEGA group’s bidding. The MEGA group is Mossad’s financial arm in the USA and is lead by Les Wexner and Steven Spielberg.

Before Isaac’s murder, Tom Hanks implied previous knowledge of the tragedy. He signaled Isaac’s demise with a post on a picture taken on Route 66: “Historic Route 66. Roadkill? I hope not. Hanx.” That tweet contains 39 characters, including punctuation, and Isaac died 39 days after. Freemason numerology and Thelema. Coincidence? He also hinted at Isaac’s role in Breaking Bad, as he covered the green handkerchief with a red one of his own. Clearly, a coded threat.