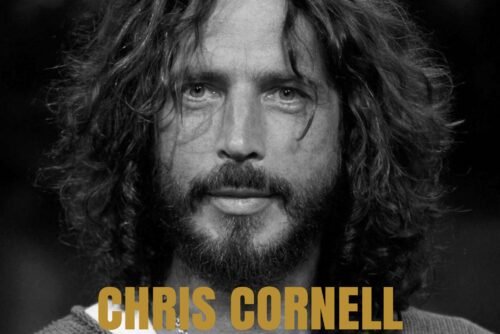 NOTE: These are not deep dives but a brief description of what happened to these people and why they were murdered. Deep dives are way more extensive and in due time I will publish them for Chris and others.

Chris Cornell was murdered on May 17, 2017, in Detroit, Michigan. He is known as the singer of the bands Soundgarden, Audioslave, and Temple of the Dog. Chris worked with several charities helping children, including in Haiti, during the Clinton Foundation debacle. His foundation assisted vulnerable children and he visited a refugee camp in Greece a few weeks before passing. Chris also delivered a report to the United Nations on child sex trafficking affecting refugees at the same time.

He worked with Chester Bennington, Anthony Bourdain, Brad Pitt, and Rick Rubin on his charity “Luminary Lane”. A name reminiscent of Layne Staley, his deceased friend, and frontman for Alice in Chains. Susan Silver, his first wife, was the manager for both Alice In Chains and Soundgarden. He found a black book containing a list of addresses where children were delivered for sex trafficking or worst. The black book included several of his acquaintances – Actors, and musicians he knew or worked with at some point.

Unfortunately, these revelations would be the least shocking for him. He discovered his wife Vicky was embezzling the funds of their foundation, funds meant to help children. Besides, she’s involved in trafficking young women to Mykonos and Dubai for yachting (high-class prostitution). Her associates for these crimes are rumored to be her mother, Antonia Vassiliades, Anna Vissi, and Sanela Diana Jenkins. Antonia pimped her daughter since she was a minor to have her marry a rich man. That man was Chris Cornell.

The main suspect of the murder is South African army grunt, Martin Kirsten, with a history of blackmail and violence. Rumors link him to Mossad’s elite killing squads and as an occasional driver for pedophile Jeffrey Epstein. He dated supermodel Heidi Klum, who worked for Lex Wexner, both involved in the Epstein debacle. Directly involved in the murder planning: David Geffen, Ron Burkle, and Eric Esrailian. Courtney Love (barbiturate supplier), Linda Ramone, JD King, and Antonia Vassiliades are accomplices.

Vicky has also taken legal and immoral actions against the band, Soundgarden – Trying to steal their share of the last songs recorded. She went after Chris’ daughter with Susan Silver, Lily Cornell – Took her out of the will and has isolated her from her siblings and events honoring her father. The person who has been closest to speak is Ben Sheperd, he and Chris Cornell were very close. He spoke out against the murder in private but won’t talk in public.

Chester Bennington was looking into the murder until his death and had copies of the black book Chris was working on exposing. Kato Khandwala, Anthony Bourdain, Kate Spade, Ines Zorreguieta, and Avicii suffered a similar fate. Chris Cornell died by strangulation: He had nine broken ribs, uneven ligature marks, a bleeding head wound, and a torn shirt. Suicide ligature marks are ALWAYS even due to even pressure. All signals of a confrontation before his death as he fought for his life.

He took two Ativan pills, nothing extraordinary, but then someone slipped a barbiturate substance in his drink. Drugs used as a scapegoat for the suicide bullshit and to make him vulnerable to an attack. The bodyguard worked alone or assisted by the security guards dressed as policemen escorting them to the MGM. Witnesses recall Chris being annoyed at the presence of the “fake” cops, and one of them roughed him up before the show. This event caused his head wound to reopen, Vicky had hurt him a few nights earlier during their last confrontation.