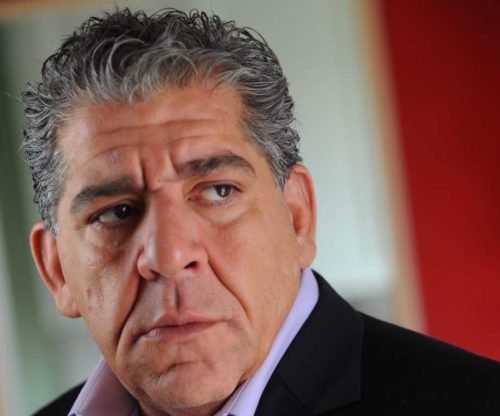 The media doesn’t want to tell you the truth about people like Epstein, Clinton, or Schiff. But as soon as a patsy falls on their plate, they do everything they can to destroy him and use him for distraction. I’ve interacted with Uncle Joey a few times, an amazing, humble guy. The truth is, you won’t find anyone like him inside the stand-up comedy circle. I know a rapist or a child molester when I see one. I’ve been looking at this kind of scum in the eye, every year, for good 25 years. Uncle Joey is not one of them.

Yes, his comedy is crass and based on his life experiences BACK WHEN HE WAS A FUCK UP. He admits so plenty and has been real with anyone he comes across. Whoever says the contrary must have met him 30 years ago or is just making stuff up. Listen, this is not a Louie C.K. situation. I’m not going to come about to bat for Chris D’Elia, who I don’t give two fucks about because I don’t like his comedy. I hear new evidence has come out on D’Elia, and until I see it, I’d rather keep my mouth shut.

Being real here, listen to the women who work with Joey, not the ones who are offended over a joke. Women like Kate Quigley or Chelsea Skidmore. When I needed sobriety advice, Uncle Joey took the time to write to me in a way I wasn’t expecting it. It made my day. It was another day in which I skipped relapse. Ever since that day (2+ years ago), I saw him come out and represent for many other people who needed advice or support. Cancel culture bullshit is going too far.

One thing is joking about pedophilia like Patton Oswalt or James Gunn, AWFUL and inexcusable. But joking about behaving like a coked-up pervert? Really? Listen, if women were denouncing Joey right now, I’d say “ok sure, cancel him.” Ain’t happening. Surely the media could be going after more dangerous people, wealthy pedophiles such as Tom Hanks, David Geffen, Steven Spielberg, or Bill Clinton himself. But no, let’s go after someone over a joke, as crass as it may have been.

Every single one of these people is FREE, and we are chasing our tails over some comedy sketch? It seems that in the 25+ years Joey has been a comedian, this is the worst they could get on him. That’s saying something about his comedy style. It’s safe to say he is on my top 5 stand-up comedians along with George Carlin, Patrice O’Neal, Bill Burr, and Dave Chappelle. I’m sending one big shoutout to the Flying Jew and the rest of the Church rascals, and of course, to Uncle Joey. I stand with you.