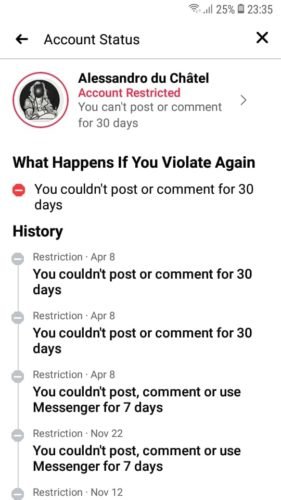 It gets old quick when being told what to do or what to say. Pardon my French but, I’m fuckin’ tired. I’m here to invite you to new platforms whose premise is social media WITHOUT censorship. In a way, I’m asking you to boycott Facebook and Twitter so you can check out their competition. MeWe and Parler are pretty fresh on the scene, and so, as to educate myself, I figured why not share with you guys?

So, being new using these two platforms, I can already tell you they are easy to use. The signup process was quick and standard, nothing fancy or complicated. The main perks of using these platforms are privacy and freedom of speech. If you are on Facebook or Twitter, you should’ve experienced their bias at some point. Especially if you are a conservative, Republican, or support Donald Trump (or Q). It’s still useful to have a presence on the biggest social media platforms, let’s not kid ourselves. But what happens when you don’t have that choice?

Social media censorship is an everyday occurrence especially for all of those exposing sensitive subjects. Anyone exposing high-level pedophilia or human trafficking is bound to be silenced in some way or the other. I have been suspended more than 55 times from Facebook and safe to say the permanent ban is around the corner. Many have insisted I try MeWe as an alternative to Facebook, and so, I recovered my password. I forgot I had created an account last October, and the process to get back in was easy.

Their FAQ (Frequently Asked Questions) section explains: “Engineered with privacy-by-design, MeWe is the revolutionary social network with the social features people love and no ads, no targeting, and no newsfeed manipulation. MeWe emphasizes social sharing where people can be their true, authentic selves. The members own their data and are customers to serve, and their data is #Not4Sale. MeWe members enjoy the protection of MeWe’s Privacy Bill Of Rights.” The platform is free, but you can add additional features:

The platform commits to unbiasedly enforcing their rules regardless of politics and agendas. Contrary to Facebook, they vouch never to sell your information, and for many, the best feature. “Bottom Line: It is a false myth that our data is what we have to give up to have a great social media experience. At MeWe our members are customers to serve, not data or products to sell or target. That’s why we use the covered eye image and the hashtag #Not4Sale!”

The two platforms’ design is almost identical in features: Customizable profiles, images, timeline, pages, groups, and an internal chat feature. The platform doesn’t use a newsfeed algorithm, so members see their friend’s content in chronological order. I decided to jump right in and purchase two personal pages, to host Total Disclosure and Louder Than Love. You may also add my personal profile here. MeWe was founded by Mark Weinstein in 2016, the California resident is suspect to some of course, due to his last name and UCLA ties.

But there was more after I was done tweeting about the family who “accidentally” drowned in New Jersey, I couldn’t help myself. I don’t know why I was irked but felt compelled to send a tweet to Jack Dorsey himself. Apparently, Twitter’s CEO doesn’t fancy being called pedo-jack. This is the 3rd account I lose on Twitter, the 1st one had 8,000 followers, the 2nd one 1,000. This one was a few people shy of 1,100. All in all, almost two years of work wasted by social media censorship.

The potential reach you have on Twitter or Facebook is not possible on Parler or MeWe, that much is obvious. In the end, it’s a good idea to be prepared, and why not? Have a plan B. I decided to experiment and treat these new platforms with enthusiasm as if they are a solution. John Matze Jr. and Jared Thomson said they created Parler after becoming “exhausted with a lack of transparency in big tech and ideological suppression.” The duo based in Henderson, Nevada vouches to be a beacon for freedom of speech. You can join my Parler, here.

Just like MeWe, Parler makes the same compromises to cherish your privacy and respect your points of view. I guess we will see. Of course, mainstream media and general internet reviews are picking these platforms apart. Ridiculously, they claim MeWe and Parler are hotbeds for disinformation and “conspiracy extremists”. Whatever that means, you need to understand there are vast economic and political interests in keeping new platforms down. Privacy wise I can promise you one thing, if you ever signed up to Facebook, you can rest assure your information is out there. So, why not give MeWe and Parler a chance?