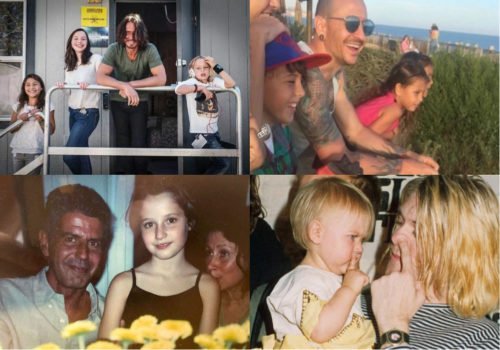 Happy father’s day! These brave men are no longer here due to their courage, integrity, love for humanity, and the greed of their “significant others” – Barely significant at all, pedophiles, traffickers, pimps, witches, whores – Epithets I hate pinning down on a woman but in these cases is not libel. These artists were in some way or another used and abused by their wives/girlfriends and the entertainment industustry as a whole.

ALL GONE TOO DAMN SOON.
HAPPY FATHER’S DAY TO ALL THE DADDIES OUT THERE TOO ♥ LOUDER THAN LOVE

LOUDER THAN LOVE: A documentary film exposing the murders of Chris Cornell, Chester Bennington, and its links to their child sex trafficking investigation, and the greed of some of their loved ones. The purpose of this project is to form an alliance with witnesses, loved ones, victims and supporters to shine a light on these hideous crimes. The film will portray forensic analysis with lots of circumstantial and testimonial evidence to convince people there was foul play in these deaths, set to be released during the 2nd semester of 2020. To know more details about the film and the investigation visit: