GERMANY, TIME TO WAKE UP! 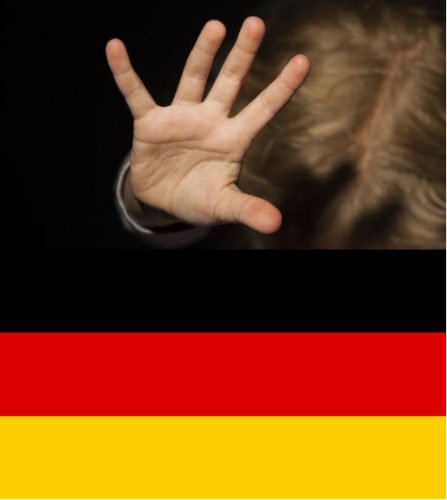 Dear Germany, the extreme progressive policies supported by your politicians are going too far, with awful consequences. I touched this subject last week and, this week I also feel obliged to build a case. The normalization of pedophilia is also rampant in Germany. Recently two big stories came out that are related to government policy on pedophiles. Give them some rope and, this is what you get. Göttingen University published a first report on the experiment in 2016. Sadly, the Berlin Senate lacked interest in finding out the truth or feared their own being exposed.

A pedophilia scandal gathered attention after a shocking report out of Hildesheim University. For the last 30 years, the German government has been facilitating orphans for adoption to pedophiles. The investigation began when two individuals claimed pedophiles adopted them as foster children. Researchers at Hildesheim conducted interviews with other victims and went through government and police files. This lead to the discovery of “a network across educational institutions,” the state youth welfare office, and the Berlin Senate.

A project by psychologist Helmut Kentler consisted of intentionally placing children with pedophiles. Kentler was a defender of “pedosexuality,” and intended to prove children and pedophile parents could coexist with no issues. Kentler theorized the damage caused by the trauma of the prosecution of their abusers was harsher than the abuse itself. Sadly, some of Kentler’s contemporaries supported his ideas and helped him develop his experiment, shielded by the government. Why would other government officials support this lunatic? They are all pedophiles.

The sickness is all connected

This week news broke out of a gigantic child rape trafficking ring said to have over 30,000 suspects. The cybercrime unit of North-Rhine Westphalia is investigating 30,000+ leads in a massive online child abuse probe. The State Justice Minister Peter Beisenbach says the extent of abuse taking place and shared online was deeply disturbing. “I did not reckon the extent of child abuse on the internet,” he added. Those investigated are suspect of sharing content that depicts fictitious or real acts of abuse. The investigation began last October with the arrest of a suspect in Bergisch Gladbach, near Cologne.

Germany’s several cases of child sexual abuse in the past 18 months are shocking. Early June saw 11 people arrested on suspicion of abusing children while filming it. Videos and photos seized in the western city of Münster prompted the arrests. Investigators said they had identified at least three victims, aged 5, 10, and 12 years old. In a separate scandal in the town of Lügde, some 125 kilometers from Münster, several men abused children hundreds of times at a campsite over several years. Make no mistake friends pedophilia is a pandemic.

Systemic abuse of children fostered by the state and covered by intelligence is happening every day. Nobody is rioting over the children, but they sure do over gay marriage or false flag police brutality. In short, what is happening to humanity? Why are children the most ignored cause by all these social justice warriors? I would take their tantrums 100% more seriously if they at least acknowledged millions of kids disappear every year. Several kids died in Chicago last week because of gun violence in a state where there is strict gun control. What does this tell you? ALL THESE CONTRADICTIONS?

If you dig, the plot usually thickens

There are radical differences in the treatment offered to pedophiles in Germany and those worldwide. A strict patient-doctor confidentiality rule ensures the “patients can lay back and share.” They can be excluded from the program only if there is an active prosecution against them. The German legal code forbids therapists from revealing anything that happens in the context of treatment,” said Laura Kuhle, a clinical psychologist. She works as a therapist at Dunkelfeld. “If people mention anything in therapy that makes them criminally culpable, they are protected while In other countries that is not the case.”

The Charité institute for sexual medicine hosts the prevention project Dunkelfeld (DarkField). The program has been active for over a decade. Since 2011, it developed into a nationwide network called “don’t offend”. What started in Berlin spread to 10 other cities, with more centers planned so that eventually the program will be easily accessible for anyone in Germany. “It was amazing for me to see how different everyone was,” said one of the patients. “I’d never met another pedophile before.”

Can someone in the German government tell me how many of those “DarkField program patients” are part of those 30,000 leads above? While some of these pedophiles were ashamed and scared of their condition, they did not act on it. Do you think there is a chance the DarkField program gave some pedophiles confidence enough to abuse a victim? How are we to know if the treatment program is not public? The normalization of pedophilia enables the abuse of children and experiments like the ones in Germany are problematic. The rehabilitation of pedophiles is not the priority, protect the children first and everything else comes after. My position is NON-NEGOTIABLE.