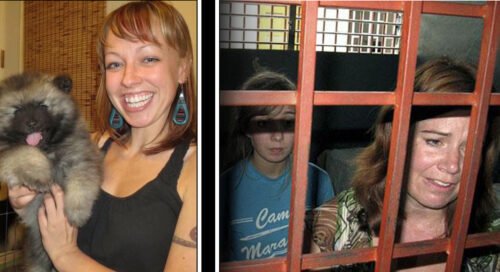 The death of Monica Petersen was one of the first cases that caught my attention. It’s not hard to feel admiration and sympathy for someone like Monica, she’s quite the unsung hero. During my research, I must have messaged more than a hundred people, not many replied. One year later I spoke with Jessie Petersen.

Details unknown to the public

1) Monica’s sister received a text message from Monica time-stamped for the day after Monica’s death. On top of that, written with poor grammar which isn’t something the Petersen’s do. It was supposed to be a sorry note, but there’s just no way the last message she sent to her sister would be in poor grammar.

2) To my knowledge, we never received an official autopsy report. Haiti took several weeks to deliver the body, and it was so full of embalming fluid that no autopsy was possible once it got to America.

She knew somebody was onto her

At the end of this short interview, I immediately send all my files on Monica to Jessie. The interview continued a few weeks later as Jessie needed to clear his head. I admire his courage and his human quality. A smart, sensitive person trying to please family, all while helping me to bring the truth out. During the second part, I had the chance to clarify a few things I wanted to know.

At this time, this is all the information I got from Jessie, but more could come later. I will update this article as needed. God bless Monica Petersen and her family, may she rest in peace. You can read my deep dive on Monica’s case HERE.