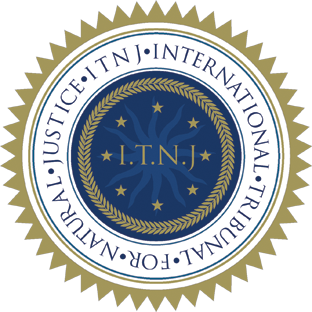 FREE Podcast available HERE. You may want to read Part I first, where I focused on introducing myself. I also explained how I enrolled with the ITNJ as a volunteer and some of what I witnessed. As mentioned before, I came out as a whistleblower against Sacha Stone and the ITNJ during an interview with Sarah Westall. DISCLAIMER: This testimony aims to denounce Sacha Stone, Robert David Steele, Ciro Orsini, the ITNJ, Humanitad, and NEN as a conglomerate. It’s not my purpose to discredit witnesses who testified or anyone else who collaborated with the organization.

Looking back, as I analyze their recruiting process, some things stand out. They focus on measuring how knowledgeable you are on SRA and human trafficking. They seize your dreams, your hobbies, your projects, and your fears. When Sacha meets you for the first time, he already has a profile of you. He knows how to exploit your passion and build rapport based on what he knows. It’s manipulation and indoctrination since day one, a new age cult. The goal is to mold you into the perfect minion. They make you feel part of something meaningful, all while delivering nothing concrete.

Why do you think the ITNJ moved from child sex trafficking to geoengineering? They started with a subject that was going to gain them a following and credibility. But in the end, their goal is to dance around the bush, all while pretending they are achieving change. All posture and flowery words, if you take out Sacha’s delivery, you usually end up with a big plate of nothing. Sacha said he fired me because I didn’t deliver, hilarious. I had no qualms in sacrificing my birthday to assist their meetings and such. Just another lie to deflect from the truth, as my evidence shows.

Let me clarify the Fiona Barnett ordeal first. I like Fiona and think she’s legit but, I feel sometimes her anger gets the best of her. However, I don’t regret endorsing her or questioning Sacha over what they did to her. Sacha planned to record Fiona’s testimony and censor some, if not all, the names in it. According to Fiona, that wasn’t the original deal. She did well and recorded the testimony too, when Sacha learned this, he was furious. Sacha then opted to backtrack and correct the tape so that all names were audible except for a couple of them.

As a community manager, I was in charge of uploading her testimony. I was fuming when I realized this happened after people on social media complained about it. At first, I was so confused I even thought it was YouTube and Facebook who censored it. I lost all respect for Sacha as a leader right there and then. When I demanded explanations on why that happened, his reply was: “Why is this a big deal to you?” Putting aside the fact I was doing my job without crucial information, why the mystery? The fact he was not willing to discuss in private is suspicious.

Back then, I lacked the malice I have today. It didn’t occur to me controlled opposition was a thing, and I had no idea gatekeeper was a word. I regret not recording every meeting, especially those in which Sacha’s vicious side exposed itself. I also regret not recording the time “Sir” John Walsh of Branagh complained to Sacha over late wages. Sacha was quite embarrassed and quickly shut him down, “we’ll discuss that later.” All I saw was posers, corruption, and a lack of transparency.

As you can tell by now, this is going to be a long one. I want to expose every single detail in this deep dive as a preparation for a future project. Following Sarah’s interview, it became apparent to me Sacha has no qualms in attacking those who expose him. He gets his little army of groupies riled up and directs them to attack people in flocks. His minions took the time to leave over 200 comments on my social media. They went as far as to send direct messages to dozens of my supporters who commented on the post.

According to my sources, some of these women are witches who practice black magick. One of the main witnesses mentioned that she didn’t want to deal with these people. The good news is that her testimony came out, and you can find it HERE. It will deter others from being willing victims of Sacha and his massive deception. It was a couple of weeks after I resigned that I received a blog exposing the ITNJ‘s misdealings. The information published by the organization’s former U.S. director, Rebecca Cope, was reassuring to my experience.

Mercy Wolf sent me the blog, and I feel this woman might have links to intelligence somehow. She was a volunteer back then but is now a commission trustee. Few people know but, Mercy hosted Isaac Kappy for a couple of nights in Australia after his fall out with Fiona – on November 3rd, 2018. Suspicious, if you ask me, Isaac knew the ITNJ was sketchy but had no issues in dealing with her or Eliahi Priest for that matter. There are things I loved about Isaac, and there are things I question about him.

Rebecca Cope’s blog is a proper introduction, but let me warn you, this rabbit hole is DEEP. Honestly, I wasn’t expecting to find as much as I did, and sure there’s more. The blog titled: “THE ITNJ (International Tribunal for Natural Justice) REARS IT’S UGLY HEAD” was published in June 2017. “LET IT BE KNOWN that those who understand the goals of the ITNJ know that it has nothing to do with justice. And everything to do with the status quo with a new face, that we will inform the public of the dangers of getting involved. Thinking any justice for the people will be served.”

“It is a sideshow that distracts and detracts from the real culprits and provides no enforcement whatsoever. “It’s been two years, and after making a couple of posts about our Exodus and talking privately to many people who wanted our story, we’ve been pretty much silent. That stops now. We did our homework. We encourage everyone to do the same before getting involved with this group,” Rebecca advises from the get-go. So do I, and it’s easy to verify what we expose here. Rebecca’s reassurance and the victims who came forward are what started this investigation.

Rebecca confirms the ITNJ is a front that will swallow people’s money and hope. It exists under the premise of failing to deliver. We are talking about a former DIRECTOR of the organization, not some random volunteer (like myself). Sacha loves to dismiss Rebecca as a mentally ill person who left bitter. The same modus operandi applies to me when he addresses my accusations; he does so with ad hominem, vitriol. The argument of the guilty, insults to deflect, failure to defend.

Rebecca confirms what I saw at that meeting actually happened, “Sir” John’s wages come from the public’s donations. A sum of $240,000 at the time, three years ago. How much more do you think these parasites have leeched of people? “Knowing the history of the ITNJ as I do, this is simply the next round of fundraising that will no doubt go straight into the pockets of the New Earth Trust. Laundered through the ITNJ’s fake court. But this time, they will harvest their beloved money through the hope of people who might consider a donation to see the end of pedophilia.”

Attached to Rebecca’s blog, you will find much of the documentation backing what she exposes. Our testimonies complement very well and should serve as a cautionary tale. However, you are in for a big surprise. Everything about Sacha is about sex and money. The worst part is how Humanitad aims to steal land and resources following the United Nations Agenda 2030 protocols. Sacha uses LOTS of methods to steal, and that much you will see in the next chapters.

The blog continues to expose how the ITNJ’s premise of enforcing Natural Justice is a travesty as they are subservient to the crown and hence, the system. The lack of knowledge and professionalism inside the organization is astounding. Rebecca’s conversations with Andrea and other ITNJ lackeys are sadder than anything else. It makes me wish I had done better research, but hey, here we are now, wakey-wakey! She also exposes the ITNJ’s constitution sham and the similarity in politics with the United Nations and the New World Order.

After digesting the information, I decided to ask Sacha, Nancy, and Connie about it. Sacha’s petulant reply is below, so you can see the kind of animal we are dealing with here. I did warn Sacha: “You don’t want me to put your name on my list,” as he laughed it off with more insults. I’m not spiteful and decided to leave them be UNTIL several victims contacted me, asking for help. I published a podcast exposing some findings, and the response was overwhelming. It was my first social media post to go viral.

Consider this chapter as an introduction to what’s wrong with the ITNJ on the surface. This is where I come in, and this is why you don’t want to be on my list. I have testimonies denouncing Sacha not only as a criminal involved in fraud, money laundering, and being the poster boy for bullshit. Accusations of human trafficking, prostitution, pedophilia, possession of child pornography included. Sacha attempted to groom a child below the age of ten. If you are a fan of Sacha, this is going to be hard for you, but this is the truth.

Who is Sacha Stone? Who is Sacha’s father? Why would a man who has nothing to hide change his name? Who are the men behind the Mosaic Foundation and Stone Music, Sacha’s companies? Who are Sacha’s friends? How many coincidences until it’s mathematically impossible? What’s his ultimate goal? What’s the meaning of all the symbols chose by him representing his organizations? This deep dive is not going to be a half-assed attempt to expose this parasite but the last nail in the coffin. Sacha Stone Part I HERE.