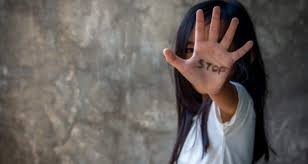 Sadly, this is not a bad science-fiction script. During the public event, everyone acts glamorous, just a bunch of artists and philanthropists, harmless. But as evidenced by their activities on Little St. James, NXIVM gatherings, and other places, the fun is far from innocent. The afterparties, where only the A-listers and known associates are allowed, offer a different kind of “snack” for the guests. It’s not only about sexual deviancy, rituals, and sex magick, adrenochrome, and pedophilia are a huge factor for these people.

If you are not familiar with the term, Adrenochrome is the preferred drug of the elites. It’s been used by the black nobility and their subservient secret society scumbags for centuries. Adrenochrome is a chemical compound with the molecular formula C9H9NO3 produced by the oxidation of adrenaline (epinephrine). The natural enzymes of blood which oxidize epinephrine to adrenochrome are not well characterized. The adrenal gland secretes the substance when a person is terrorized and tortured, the younger, the better.

Adrenochrome, the drug of the elites

One of the main reasons millions of kids disappear every year is to supply the rings that sell this product. This is where the three BIGGEST cartels (including the banking cartel) merge into one. Child sex trafficking, drug trafficking, and money laundering. Adrenochrome is portrayed infamously in the cult film “Fear & Loathing in Las Vegas” with Johnny Depp and Benicio Del Toro. Some say I hate celebrities to discredit my research but that’s untrue, I loved the pop culture. I’m a musician and worshiped people like Jim Morrison, Quentin Tarantino, Robert De Niro, and yes, Hunter S. Thompson.

In the film, Depp portrays Thompson and in the clip above you can see them consume Adrenochrome. The lawyer infers murder and torture are needed to get it, the same dude who drugged and raped an underage girl a few scenes before. They call it by the same name in the film, and Thompson sees the devil a few minutes later as a result of his drug usage. My bandmates and I used to watch this film 2-3 times a week, you know, eating Cheerios at 1 pm smoking a bowl after partying all night. We were 19. If you don’t believe the drug is real, the process to produce it is patented, evidence below.

Do you wonder why many celebs got COVID-19? Chinese vendors from Wuhan were selling tainted batches of Adrenochrome, I vetted the source but please, do your own research. By the way, Thompson was a sick bastard. Paul Bonacci, a witness in the Franklin Scandal and the disappearance of Johnny Gosh testified Thompson directed snuff films at Bohemian Grove.

It is widely agreed that the World Health Organization mishandled the COVID-19 outbreak. Not only that, but they also made their intentions clear as day by displaying an unholy alliance with China. A country that has concentration camps and incurs in multiple crimes against humanity, including organ/human trafficking. Fuck China. Personally, those who refuse to curse sketch me out, another mask to play charades. Those who portray themselves as leaders, role models, the bourgeoise; are not my kind of people. Your words can’t hurt others, can commit no crime; your actions are what matters!

Not convinced yet? Allow me…

The normalization of pedophilia might sound strange to you but it has become way more frequent than most think. “Pedophilia: A Disorder, Not a Crime” by Margo Kaplan, published in the New York Times and The Huffington Post is a good example. The piece makes an effort to victimize pedophiles all while assuring the reader they would never hurt a child. “The Virtuous Pedophiles website is full of testimonials of people who vow never to touch a child and yet live in terror. They must hide their disorder from everyone they know — or risk losing educational and job opportunities, and face the prospect of harassment and even violence. Many feel isolated; some contemplate suicide.”

“The Men Who Call Themselves Non-Offending Pedophiles” by VICE news was published last year. Again, the victimization of pedophilia plays a huge role in the rationale. “David, a 21-year-old college student in the United States, knows he is attracted to children between the ages of 4 and 11. He’s one of many pedophiles who knows it is wrong, but believes he was born this way, and that with treatment those urges can be controlled.”

“Break The Taboo”, an infamous lecture by Madeleine van der Bruggen on the notorious platform TEDx Talks goes further. Van der Bruggen, who advises the Dutch National Police on child abuse investigations, argued pedophilia is a sexual orientation that people are born with and most pedophiles “do not offend”. The video on YouTube starts with the introduction: “World-changing ideas grow from misbehaving beautifully”. Does that sound sane and logical to you? To open talk about pedophilia hinting it can become “something beautiful”?

Academics and politicians work as one

The problematic becomes more evident as college professors and politicians promote a change in laws and culture. Thomas K. Hubbard, a professor of classics in UT’s College of Liberal Arts, has written extensively on relationships between adolescent boys and adult men, often using classic literature’s depictions of homosexual relationships to suggest changing age of consent laws and challenging modern norms about youth sexuality. In his academic writing, Hubbard describes physical relationships between men and young boys in ancient times as “proper learning experiences.”

In one 2010 article published in the peer-reviewed journal, Thymos: Boyhood Studies, Hubbard examines sexual consent among adolescent males in antiquity, asking, “What can we learn from the Greeks?” Contemporary American legislation premised on children’s incapacity to ‘consent’ to sexual relations stems from outmoded gender constructions and ideological preoccupations of the late Victorian and Progressive Era,” Hubbard writes. “We should consider a different ‘age of consent’ for boys and girls.”

In the same publication, Hubbard called the age of consent laws a “sad by-product” of a “naive and self-righteous era” and compared them to prohibition. In England for example, “Patricia Hewitt called for the age of consent to be lowered to ten. Former Labor cabinet minister apologizes for links to the pedophile group that frequented Elm Guest House in the ’70s and admits she got it wrong”. And just like that, she tried to cover for her friends and since it didn’t pass she apologized casually. Are you starting to see the bigger picture?

A massive push by big names

France, whose current president’s marriage originated in pedophilia, has always been more open sexually than its neighbors. “While French law does not include a fixed age of consent, it does recognize sexual minors. A sexual minor can still legally be considered able to give their consent – in this case, their perpetrator would be charged with a sexual infraction, not rape. In the 19th century, the age at which children were considered sexual minors was 11; later, it was raised to 13, and since 1945, it has been 15.” However, Macron and his allies have been pushing to lower that age, “for old times sake”.

As a note evidencing how the elites roll, Brigitte Macron aged 40, met the 15-year-old Emmanuel Macron in La Providence High School in the year 1993, where she was a teacher and he was a student and a classmate of her daughter Laurence. Their romance is rumored to have started inside the walls of the private Jesuit school. Leading by example, I suppose. But take a look at how the media blatantly defends the first lady from any wrongdoing.

Ruth Bader Ginsburg, judge of the US Supreme Court tried to lower the age of consent to 12 years, without success. She asserted that laws against “bigamists, persons cohabiting with more than one woman, and women cohabiting with a bigamist” are unconstitutional. She objected to laws against prostitution because “prostitution, as a consensual act between adults, is arguably within the zone of privacy protected by recent constitutional decisions.” Ginsburg wrote that the Mann Act (which punishes those who engage in interstate sex traffic of women and girls) is “offensive.” Such acts should be considered “within the zone of privacy.”

This is all about protecting non-other than Justin Trudeau. He’s not only rumored to have bedded a 17-year old male student that stayed at his house over a weekend but also another case with a way younger girl. Trudeau’s behavior would have been illegal at the time. To date, Trudeau has not offered a public denial of The Buffalo Chronicle’s reporting. Instead, he has instructed his communications staffers to decline to answer those questions and to attack the credibility of this publication.

”Trudeau‘s underage accuser was much younger at the time of their relationship than was first thought, her father tells The Chronicle. Some in the public discourse pegged the accusor at 17 years old. That is inaccurate. “She was much, much younger than that,” the wealthy Canadian businessman told The Chronicle yesterday. He was not a party to the $2.25 million mutual non-disclosure non-disparagement agreement that she signed, in exchange for her continued silence, on the Wednesday evening of October 9th.”

I hope the picture is much more clearer to you. This is not by chance or fostered by isolated events. This is a coordinated effort to program people into allowing pedophilia and adding that P to the LGBTQ movement. Those who are friends with tons of pedophiles and use pedophile symbols in their projects are pushing this, do you still think Pizzagate was a psyop?