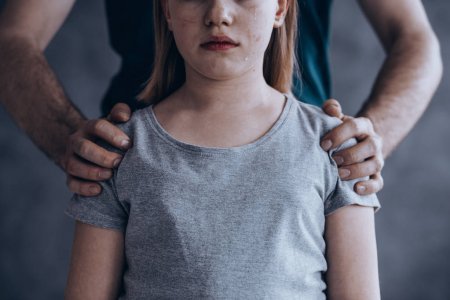 While many are distracted over nonsense they fail to see a nefarious reality. The agenda that needs to be destroyed: The normalization of pedophilia. Unsavory organizations plan to put into question the status of pedophilia as a crime, so people start considering it a condition that needs therapy not judgment. When several people become more lenient, there will be a push to classify it as one more sexual preference like any other. And they will keep pushing, until it’s accepted.

Religious folks: Instead of being concerned if gay people can marry or not, you should worry about real issues. Costa Rica’s first gay marriage was celebrated a few hours ago at midnight, as two women tied the knot. My country has been ravaged by division as filthy social engineers used the LGBTQ movement as a weapon to further divide and conquer. Screw them all politicians, judges, and the media who dangled with this agenda: you are SCUM.

That said, congratulations to the LGBTQ movement! This is something that should’ve been approved a long time ago. Why prohibit said community the pleasure of being as miserable as us straight folks? More than 50% of marriages end in divorce, in a few years, some gay folks will regret it. The lack of values ​​and commitment is everywhere, don’ think so? Explain to me why so many straight marriages end badly?

Let’s all agree that everyone should’ve the same choices, and rights. Do you know what’s also important? Drawing a line in the sand with pedophilia. I don’t understand why some cry over gay marriage approval. Thank God is done with, now we can finally move on! Gay marriage has already worn and divided this land too much.

Enough with the useless debate

Now that this political string-along is out of the way let’s focus on fixing REAL problems like the post-COVID crisis that is coming to affect EVERYONE. Let’s recover our rights to transit, gather, and let’s reopen public parks and beaches. Activities like walking our dogs, playing sports, and getting much-needed vitamin D via sunlight are URGENT, all of these boost your immune system.

They let 22 men play ball (soccer league is back in action), but citizens are 100% restricted. Money controls everything, especially the mongrels in our government. That said, I want to congratulate the labor of our medics and nurses, who’ve done a wonderful job. As of today, our country registers 956 cases, 10 deceased, and 634 recovered. Our country presents a measly 1.04% mortality rate. The mild flu is not worth all this panic.

It’s time to clean the house from corruption, let’s not worry who fucks whom UNLESS is children. What we need to focus on is to remind all tyrannical narcissists that everyone in this land is free and that they work for us. Yes, there is a virus but measures taken are absurd. Other countries that never locked down had similar success rates. Others who locked down tighter had harsher numbers. The death toll seems bloated depending on the political affiliation of the local government and the depths of corruption in the local pharma industry.

THIS IS NOT ABOUT YOUR SAFETY, IT NEVER WAS, IS ALL ABOUT CONTROL. I wasn’t supposed to mention COVID in this piece but it’s all hitting together and we need to set our priorities STRAIGHT.

Worry about those who cannot consent

Why have a fit over two consenting adults doing something you could never control and never will? Worry about freedom and those who cannot consent! Amid local celebrations (and complaints) in my country about the approval of gay marriage, a real threat to society is brought to my attention.

The short film “Celebration With Family” presented by the students of Collective Communication at the University of Costa Rica (UCR) has earned harsh criticisms on social media. Within reason of course, their work encourages the normalization of pedophilia, period. Said film was presented on May 23rd, the transmission was done via Facebook Live on the FEUCR’s page.

The film directed by Ariel Ureña talks about how Alberto and his wife take their son to their friend Julián’s birthday party. According to the image promoting the film, the children seem to be younger than 10 years old. The synopsis explains that Alberto begins to feel an “intense desire” for Julián during the party. “Making him explore the kid’s home in search of satiating and understanding the awakening of this feeling,” they add in the description.

This is not art, this is an agenda. Art can be many things, beautiful and ugly, but it should never crossover and play with the well-being of people in general, especially children. Art is NO DIFFERENT than any other industry and should be subjected to the very same standards. Ureña claims the film brings awareness to the problem but his synopsis is not critical of the condition, it only seems to normalize it.

My thoughts on pedophilia

NO MERCY, NO LENIENCY, NO TOLERANCE. Pedophiles are NOT born, just like serial killers, they are MADE. They develop the sickness due to several factors that can gang up together including trauma, abandonment, abuse of all kinds, influence, and behavior normalization. Even brain injury (just like serial killers) has been known to “flick a switch” after a hard blow to the frontal lobe causing the person to ”turn” evil.

There is no stopping them, no controlling them, and no rehabilitation. Some say the only cure that works on a pedophile is a bullet to the head, as time goes by it keeps proving them right. Castration will only limit their ways, they will find other roads to abuse others. Most abuse is not about gratification but control, after all. Yes, there are ”non-violent” pedophiles, there are different degrees to the madness but make NO mistake; pedophilia in itself is violent.

Child sexual abuse destroys the soul of the victims even if there is “no physical violence”. The act of abusing someone else’s will is violent in itself even if there is no use of force or sexual battery. Child sex abuse often fragments the mind which complicates a proper upbringing and adhesion to society. It creates dysfunctionality in a properly adjusted individuaL Many beautiful souls snap out of it through inner strength, resilient will, and a flaming desire to help others. I’ve met lots!

”ALL PEDOPHILES WERE ABUSED AT LEAST ONCE BUT NOT ALL VICTIMS OF PEDOPHILES BECOME ABUSERS THEMSELVES”. Leaving aside the esoterical roots of evil in our society, I want to focus on scientific facts today. There are many neurological disorders that may lead to pedophilia, but a vile set of characteristics that act as the underlying psychology of a predator is known as the Dark Triad.

It’s the combination of personality traits, that if encouraged when one is young enough, often predisposes the subject to develop the kind of behaviors we see all too often in people seating in positions of power.

Industrialized pedophilia for the masses

The normalization of pedophilia is a worldwide agenda being pushed by the United Nations and yes, the fraudulent World Health Organization. Did you know the UN is the 2nd organization (only surpassed by the Catholic church) with the most cases of child abuse among their staff? As they use UNICEF to hoard displaced children from the same violent areas their policies create. Wolves in sheep’s clothing, but we never hear the outrage. I hear lots of everyday people hating on the church, where is the hate for the UN? It’s like there’s a free pass to hate on the church because it’s “cool”.

Why is it cool to hate the religious but not the fake philanthropists? Why not hate them all pedophiles just the same? What has the UN done for the world? According to mainstream sources they are responsible for over 60.000 cases of sexual abuse cases against children. Just last week they started promoting their “New World Order Project”. Our society is a fraud and it makes me sick. I’m sick of the hypocrisy, sick of the manipulation, sick of seeing the people I love being deceived.