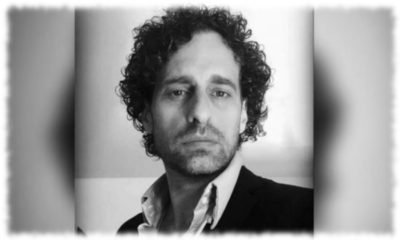 Continuing where we left off during PART II. In the end, a lot can be said about Isaac, he wasn’t perfect by any means. That said, the fact there are a large number of people trying to deflect from his murder is evidence enough his information was legit. I’m not going to get your hopes up, this is one of the most complex cases you’ll ever encounter. So let’s start with the night Isaac left his home for the last time…

Before leaving his house Isaac appeared on Periscope with a very dark and confusing stream. From the video we can gather quite a few things, very important in explaining how he came to “force himself out of a bridge”. First, let’s take note of Isaac blinking twice on cue for the camera when one of his viewers asked if “he was doing this under duress”. A very important tell of this being true are the dogs Isaac lived with. Usually mellow, they were clearly exalted due to a strange presence, you can hear an unknown voice shutting them up.

Now, if you know a thing or two about reading people and body language, you can tell Isaac was afraid. Sure, he seemed defeated but his mannerisms don’t indicate he was at peace with whatever decision “he” took. True, suicides often happen during a phase of huge internal turmoil, but when a person realizes it owns its fate things change. There’s a tranquility that comes from the submission of letting go of your life. It’s not easy but it’s not scary if you really want to die.

In dissecting his last words, you gotta realize he was handed a script he had to follow with things he couldn’t say. Still, he made his best effort to communicate to us he was being forced to do this. Please note these are excerpts for the whole stream visit this link. “I did something impulsively that was ‘ego-induced'” – he said as he claimed it happened a few days before. “It was really a stupid decision. Bad things are coming my way – I can assure you of that. I crossed a line I shouldn’t have crossed.”

He implied whatever he did could still endanger people. “I’ve done a huge disservice. I want you to remember the love that I showed you – You will find out soon enough.” Notice, this is not a person who did anything bad with intent but a guy defeated by a moment of weakness. More than anything, it sounds like he would have liked a chance to make amends, no sense in killing yourself before that. “There were some things that induced my decision.”

“If it’s something little, you don’t think about the consequences, about who might be affected by your decision, then you’re fucked. If you dig you’ll find it! Check Instagram!” “I could have avoided it very easily, but I didn’t. And for that, I will pay. Yeah, I’m in danger, but only because of myself. “ He knew he was going to be killed, he looked afraid, hyperventilating, and tearful. He was clearly being held hostage and forced to mislead people into thinking dying was his choice.

“I betrayed a trust in a very petty way. I’ve been thinking, I hope to come back into this world, with the desire to find the light within and serve others… and care of the self. We are at the beginning of a great new age, and it’s a shame I won’t be around for the first part of it. It’s only going to get worse for me, I’m afraid. I hope to come back and join you someday. I feel like I’ve done a lot of good, and I have been brave but the darkness consumed me.” – His life in past tense, gone, no control; no possibility of change.

“Maybe Q will post this. It will be newsworthy. Who else knows? Probably Everyone, everyone who is important.” When questioned whether Qanon (the movement or the main players) were mad at him: “Yeah probably”. Someone in the stream chat offers to “come over and keep him safe.” Which he replied: “It would be irresponsible because I don’t want to put anyone in danger!” How can a suicidal person a danger to someone else?

“Yeah I’m in danger and it’s all my fault. No one is threatening me.” He couldn’t say what happened, because more harm could be done. “Was I tempted by someone I trusted? Yeah, it was pretty elaborate, to be honest. Some things were planted inside my consciousness and they were on repeat. I didn’t take money. I gambled on something stupid, it was, ‘Oh, look at that’. Without thinking. Without thinking! Things playing in my head, that came from outside; that happened.” In here he hints at some kind of mind control or invading voice inside his thought process, quite alarming.

Return of the King

Check the two main images above, that’s Isaac’s last post on social media. He says introspection revealed to him that he had not been a “good guy”. “I sold drugs. I have tax delinquencies and I have debts.” He confessed he abused his body with cigarettes, drugs, and alcohol. He added, “I have been abusive to people who loved me, including my family”. He apologized to friends and everyone he hurt and talked about a huge mistake but was vague about it. Isaac clarified he never hurt children and repented before putting others at risk.

All in all, it looks like a directed script with some of Isaac’s personal thoughts mixed in for credibility. It does not sound like Isaac at all and it’s flooded with codes. Furthermore, the letter is signed as: “July 14th, 2019 – Return of the King, Return To The LIGHT.” this could’ve been a reference to Qanon and the return of the prodigal son (John F. Kennedy Jr), or it could’ve been in reference to one of the suspects’ demo songs “King Returns Drum Loop” by Eliahi Priest.

But as it turns out, the letter also connects with Isaac’s then nemesis, Gabe Hoffman. Coincidentally, Gabe was neighbors with Chris Cline, a fellow billionaire nicknamed “King Coal” due to his ventures in the coal-mining industry. Cline perished in a helicopter crash on July 4th, 2019 and since the letter mentioned a “King” returning to the “Light” it actually matches the signature on all accounts. Some religions consider dying as returning to the light and grace of God.

Given that everything Isaac left as a “goodbye” is put into question by many, we need to dissect the suspects as well. Looking into what have they done since Isaac passed, plus the comments or lack thereof in regards to his violent death, their associations, their social media profiles, etc. Actions apeak louder than words, and some people tried to fake sadness all while revealing clues they let slip away. Yes, that includes Isaac’s neighbors and landlord.

Starting off with Kayla O’Connor, not much to say except it appears she was photographed inside Comet Ping Pong. Yes, none other than the epicenter of Pizzagate’s human trafficking, small world! Whatever you think of Pizzagate as a whole is irrelevant, that’s an amazing coincidence. Why would a woman whose domicile is in California visit a high-end pizzeria in Washington DC out of the blue? Who introduced Kayla to Issac anyway? Michelle Deanne Trefethen, the landlord lady.

How did Michelle get to meet Isaac and offer him a room at her place? The plot thickens as we discover Michelle contacted Isaac DIRECTLY via Twitter to make him the offer. Not only that, but her Twitter was also created just before doing so. Why would a florist from Southern California WHO IS NOT involved in researching or exposing child abuse do that? It seems like a lot of work to help some guy she didn’t seem to know much about. Or did she?

Surrounded by traitors, poor Isaac never stood a chance. This woman he lived with was a setup from the get-go and I don’t only say it because of the fact she’s shady. In her own words, you will find a number of occult references and the classical warlord/witch writing style. She talks from both sides of her mouth, in a very deceptive and almost imperceptible way. It’s important to consider the clues in her Facebook profile as well, references to Tom Hanks and her pictures with Kevin Costner.

She goes from calling Isaac her “adopted son” to non-nonchalantly disparage him as a human being. Phrases like: “this smells like a big Narcissist turd” don’t help her alibi either or show any pain whatsoever. Multiple references to Pagan Gods and witchcraft from someone who admits to having been up for Satanic sacrifice twice before and somehow getting out of it both times. She was playing the “old hippy chick part”, as you can see, her transformation is astounding. Why are they trying to portray Isaac as crazy, unstable, and lazy?

So, not only she caters flowers to Hollywood people and studios, but she is also linked to the Agape International Spiritual Center of Southern California. Agape was Jack Parsons’ occult lodge, where he was doing black magick with Church of Scientology founder L Ron Hubbard as disciples of Aleister Crowley’s Thelema. Other links and tangents aside is safe to say Michelle does not pass the sniff test.