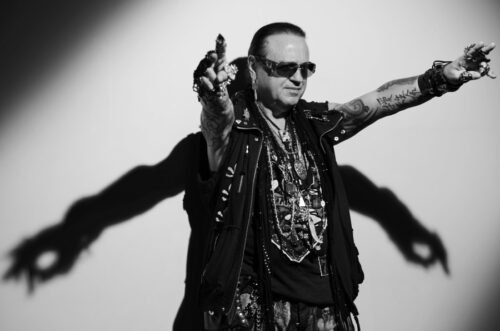 FREE Podcast available HERE. During Ciro Orsini I, I did my best to expose his role in human trafficking, and Luciferian secret societies. I also showed some of his associates like Sacha Stone. During this delivery, I focus on his criminal ties and Black Nobility bloodline. Earlier this week, I was publishing a piece about child trafficking in Las Vegas, and Im reminded Mafia is eternal. Some people think the Mafia has lost tons of power but au contraire. The worst kind of Mafia doesn’t belong to the New York families. It belongs to Nepotism in politics, religion, and corporations. It belongs to secret societies.

Why would Vicky Cornell choose someone like Anna Vissi as the godmother of Chris Cornell Jr? Yes, Anna is Greek and a singer but, what else? Why is she listed as Ciro Orsini’s best friend? Should I worry about their business? Why are they partners in Ciro’s Pomodoro located in Athens? Is she unaware of his human trafficking and Luciferian soirées? More importantly, was Chris Cornell aware of Anna’s business ventures? And was Vicky a partner as well?

My research on the death of Chris Cornell leads me to strange places often. But I never thought it would take me full circle, where it all started. The added possibility of the Mafia behind the ITNJ being one of the trafficking rings Chris was about to expose is unexpected. Vicky Cornell is involved in yachting and the pimping of very young models from the U.S. to Mykonos and Dubai. Knowing that, is that surprising Ciro, Anna, and Vicky are partners? Remember, all elite child sex trafficking rings are connected. Never mind the yachting business Vicky’s mom set up in Greece, for the perfect cover.

All roads lead to Rome

Some might think it’s suspicious the Karayiannis (Vicky’s maiden name) family makes a point to associate with the Vatican. I mean, especially since they label themselves as Greek Orthodox, who, by the way, don’t approve of cremation. They rushed Chris’s cremation despite the controversy surrounding his death and cremation going against their creed. People can’t ignore Anna and Ciro being all cozy with known elite pedophiles, and procurers linked to Jeffrey Epstein.

The Papal Bloodlines are the secret, shadow hierarchy of the Jesuit Order even behind the Black Pope. These powerful bloodlines are the Breakspear, Somaglia, Orsini, Farnese, and Aldobrandini. These five dominating families unite with the Borgia, Chigi, Colonna, Conti, Este, Medici, Pallavicini, and Pamphili to form the ancient 13th Saturnalian bloodlines. The most powerful man right now is none other than the Grey Pope and King of Rome: Pepe Orsini. He currently leads the ancient 13th.

Pepe Orsini’s exact relationship with Ciro Orsini is unknown, but you all get the jest. Bad news for the ITNJ or anyone involved. The Orsini bloodline is also known as “Orso: the ancient Maximus family.” These are the infamous Mythos Mafia, the Papal Bloodlines of the Jesuits. The Maximus family descend from the Roman Caesar. These demons pull strings behind the scenes as they finance every war and human disgrace possible. They use religion, wealth, land, and manipulation to stay hidden and on top. You would think Ciro would try to be more discrete.

In reality, the families shown as the top of the hierarchy are second in importance and wealth. The Rothschilds of Israel, the Rockefellers of the United States, and the Windsors of the United Kingdom are pawns for the ancient 13th bloodlines. Ruling using infiltration, fraud, rape, murder, wars, famine, and now, a virus. Just for you to have an idea, a study on who funded Elizabeth I with an astronomical amount of money to fight the Spanish shows that the funding indeed came from the Pallavicini bloodline.

These power structures are rooted in the esoteric, and so I repeat myself. Whether you decide to believe in God or not, that’s not important. What’s important is that these families at the top clearly believe in Lucifer as their God, and in return, evil is expected from them and even rewarded. I know these are not great news for those of us hoping to change this planet for the better. But rest assured, the enemy is real, and the enemy can and WILL taste permanent defeat. The Jesuit Order and their Knights of Malta sit below the council of Lucifer, also called the Council of Ten.

Henry Breakspear rules Asia and Pepe Orsini rules Europe, sitting at the top. James Grummer, superior of the Pontifical Gregorian University Jesuit Community, controls the United States Corporation. They are all based in missile protected Borgo Santo Spirito in Rome, Italy. All the prominent secret societies and their illuminated top-ranking members are subservient to these people. Intelligence agencies, the UN, the WHO, the Bilderberg Group, and the CFR are all under their ruling.

“The Murder of Miss Hollywood”

Ciro Orsini is not only infamous for his bloodline and human trafficking activities, there’s always more. I have covered more than enough to make your skin crawl, I feel but, how about the people close to him that end up murdered? And no, I don’t mean Chris Cornell but his model ex-girlfriend, Jill Weatherwax. Also known as “The Murder of Miss Hollywood,” her case remains unsolved despite the publicity around it. The gruesome murder appeared on “E! True Hollywood Stories” and “America’s Most Wanted,” and still, no luck. The case remains unsolved.

On March 25th, 1998, Jill was found stabbed to death in a lot in Fresno, California. Two witnesses claim she requested use of the room at the Villa Motel in Fresno to service three men. However, Jill’s involvement in prostitution is unproven, and her family remains unconvinced of the witnesses count. What is undisputed is that she boarded a car at 11 PM the previous night, with three Hispanic males that looked Italian. She was known for her jet-set life, living in London hoping to become a singer before moving back to California.

Her party girl lifestyle was indulged by her sugar daddy Ciro Orsini and her celebrity friends, such as Patrick Swayze. Detective Bart Ledbetter with the Fresno Police Department says Jill’s homicide is one of the top five unsolved cases. He believes things don’t make sense, as there is no tangible explanation of why she was in Fresno that night. The two witnesses, a known prostitute and her pimp are hardly reliable and bring more doubts to the case.

But why single out Ciro Orsini as a suspect? Then again, why not? The crime has all the characteristics of passion murder and seems to be motivated by revenge. The murdered 27-year-old presented multiple blows to the face and twenty-nine stab wounds from the base of her skull to her buttocks. Her fancy clothes and beautiful clean white teeth contradict the version she was a drug-addicted prostitute. When Jill arrived in Hollywood, she shacked up with Joe De Carlo, Cher’s longtime manager. It was De Carlo who took Jill to Pizza Pomodoro for dinner during the summer of 1990.

As soon as Ciro and Jill met, he tried his best to dazzle her with cash, jewelry, and his celebrity connections. “I took one look at her and said: I want to marry that girl,” it wasn’t long before Jill moved in with the mafioso to his two-bedroom bachelor pad on Palm Avenue off Sunset. Jill described Ciro as “Mr. Hollywood” to her family, while he invested everything in her, including $15,000 on her teeth as reported by her sister. She posed nude for Ciro’s friend, Hank Londoner, a Penthouse photographer. The association is now booming with Penthouse-brand establishments fathered by Ciro in Ukraine and else.

She even dined at King Hussein’s house, when Ciro opened a restaurant in Jordan. Remember the names Sacha censored from Fiona Barnett’s ITNT testimony? Interesting connections. After Ciro pressured Jill to have an abortion as “it was going to complicate her career.” Things were never the same, and her drinking worsened. Even after Jill moved out, Ciro kept sending her money – Some think, to keep her happy and quiet. “SOMEBODY WAS AFTER HER, SOMEBODY WANTED TO KILL HER, BUT SHE WOULDN’T SAY WHO.” Why not ask for her mafioso ex-boyfriend for help?

Ndrangheta and the Romanian Mafia

Unless, of course, it was Ciro she was running from. One has to assume Jill knew a damn lot about Ciro and maybe was even exploited by the man as he does to other young women still today. Her murder does sound like a mafia hit mixed with a crime of passion. Ciro’s lewd behavior during her funeral is what got people talking. He claimed Jill visited him that morning in spirit and told him she was “at peace,” he then proceeded to take pictures with every funeral attendee to the dismay of the family. It seems class evaded Ciro all his life.

People around Ciro tend to meet a tragic fate, as his former London Pomodoro’s associate also got murdered. Ciro’s associate Tito Halabi was questioned by Scotland Yard over the murder without luck. At the same time, Ciro’s partnership with mafioso Franco Nicoletti turned sour when the latter lost money in business, and a cocaine deal went wrong. Nicoletti was the manager for Ciro’s in Los Angeles, a mob hangout that later became the Comedy Store. And what about Ciro’s close friendship with Romania’s top mob boss Nicu Gheara? Gheara is a human and drug trafficker with links to Ndrangheta.

The Ndrangheta is a Mafia-style criminal organization in Italy that replaced the old style Cosa Nostra. It’s currently the most powerful criminal organization in Europe, with an estimated annual revenue of €53 billion ($72 billion) gained from drug and child trafficking, extortion, and money laundering. They are ruthless, and multiple sources associate them with the Jesuit Ninth Circle (who Jimmy Savile formed part of), and the Dutroux child sex ring in Belgium. These fiends sell child slaves to the royals for their hunting parties and rituals. Do you think there is a chance Ciro is involved with this network?