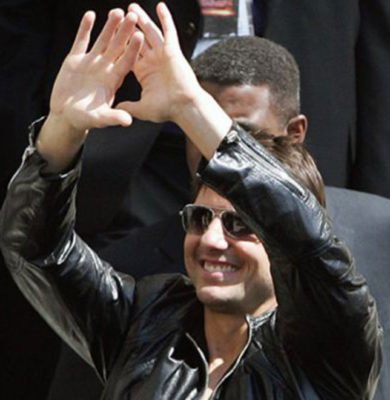 As much as he loves his risky business, this man is restricted by handlers because otherwise, it would be worst. This permanent A+ list actor’s career is full of controversy, as he cannot help himself. The main reason why his PR team limits his appearances in public to avoid risks. Interestingly enough, his hidden sexuality and religion get blamed for his break-ups. As it often turns out, he hides a much darker secret. He was denounced by a foreign D-list actor before, a story for another day. Not much came of it anyway.

As some of you know, the Jesuit Order that rules the Vatican has people in high places. Many of these people hide their ancestry to avoid suspicions among the general population. Our A+ actor belongs to one of these ancient families, extremely powerful. He got planted in the industry but, he also serviced this mogul who is feared by many. The velvet mafia casting couch has caused a lot of destruction, and many graves have his signature.

Many think the actor is bisexual, as the women he has shared his life with are beards and breeders for hire. They know the drill as his church and PR team do most of the “casting”. Yes, dating this actor is almost like getting a part in a movie. It turns out our actor has close friends in the country where his second wife was born. When he is in town, he usually rents the same club for himself, and others procure tender boys aged 12-17 for his sadistic pleasure.

The problem is, he will behave nicely for a while and then selects his favorite for a more “intimate experience”. That’s where his true self comes out: violent, sadistic, and psychopathic. His victims are usually so badly injured they need to put them down if they survive. In the best-case scenario, they get paid ridiculous amounts of money for their silence. They are tied and tortured, humiliated and raped. Safe to say that these survivors are traumatized for life.

His team claims his last separation was due to his insistence on involving their daughter in his cult. That’s not it, as the women know what they are signing for with the actor’s religion. What they don’t know about are his highly illegal tendencies. Or maybe they do, but they are naive enough to pretend he will never do it with his offspring. His religion allows it, and his mock religion is just that, a cover.

Few people know what he got busted doing with his daughter in bed. One time his ex-wife surprised him as she was away filming but arrived before schedule. That’s the main reason he is not allowed to have a relationship with the kid, blamed on his religion, of course. Did you also notice his wives are 33 years old when they divorce him? Look up the meaning in secret societies like Freemasonry and such, as is never a coincidence. At some point, hiding all those secrets will become a mission: impossible.