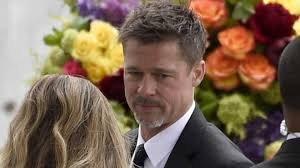 The first rule of Fight Club is: you don’t talk about Fight Club – The same applies to Rape Club. Some people still believe that attractive people can’t be rapists or pedophiles. This label applies to our “A++ list” actor, as he was often among the sexiest men in the world. We’ll call him “TD”. I didn’t want to believe it, but it seems that at a certain level you have no choice. You either partake or you won’t advance further. Our “A++ lister” recently divorced, and they use that to explain his alcohol abuse and depression.

It was the pain of his dear friend’s murder what tortured the actor. The murder of the “A++ list” singer is covered-up as a suicide, and he knows why and who did it. He was initiated in Rape Club by the main schemer of the murder, and he’s still owned by him. The billionaire “A+++ list” producer still controls Hollywood and the music industry. We’ll call the producer “GD.” He gave the actor his first break, along with another member of Rape Club. This other member is another divorced “A++ list” actor too and is not allowed near his daughter. We’ll call him “PM.”

Our actor’s wife is so involved he couldn’t take it anymore. He is scared to death for his six children, three of whom are adopted. The actor’s life is full of secrets, the truth is he was an all-around wild man when he arrived in Hollywood. He was willing to do anyone, any age, any gender, all to fit in. His participation in the casting couch was a cost he was more than willing to pay. It was later that he started to be tortured by the guilt of the progressively worse requirements of Rape Club.

“I think TD is next. I have personal memories of him and his wife, and they are definitely involved. At different times and ages, not when they were together. But one of their kids looks exactly like me when I was her age, and her gender confusion is very upsetting. She triggers me every time I see a picture of that poor girl. I will come forward with it when the time is right, but not yet. I need to work on those memories first.

He didn’t seem like he wanted to be there with me, and we just talked the whole time. Then for a minute, in the end, he had to do what he was there to do to make his bones. It wasn’t nice at the end, brutal even. But during the conversation, it was as if he was feeling like unburdening himself. He seemed remorseful and angry that he had to do anything to me. He wasn’t like the other pedo who really enjoyed it (another A++ list actor). It was as if it wasn’t his choice, and he did something more violent than sexual. A very short abuse at the end of a long, heart-pouring-out, kind of conversation.

If someone like that (trapped by the cult) thinks they are talking to a loving, sympathetic person who is 100% guaranteed to forget, it happens. They say so much vulnerable, honest truths. Everyone needs to share their deepest shames and secrets to heal the wounds. Even these assholes. TD complained about PM: ‘He’s such a fucking poser pretending to be in this bullshit Scientology cult when everybody knows he does the exact same shit.’ He means pedophilia, ritual sacrifices, and satanism. I was 13, I think. It was after Thelma and Louise.”