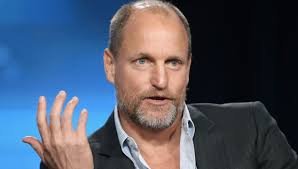 A natural-born douche is pretty easy to spot. This acclaimed actor who has starred in a few classics was 27 and having fun somewhere in Minnesota. He was writing a play at the time and traveled with his photographer. His demeanor was rude and obnoxious. He figured it was OK for him to interject in their conversation, and they would be starstruck. The patrons across his table didn’t feel that way, not the kind of people impressed by “status”.

Someone asked for a picture, but the actor demanded that “his guy” took it and charged $20 for the “privilege”. Jaws dropped across his table, and he fancied baiting those who didn’t submit to his charm. “Who does that? I’m embarrassed for you!” – One of the patrons said, and more banter ensued. The whole time this was happening patrons kept looking at the actor, and then back to the girl sitting next to him. Almost invisible due to her shyness and insecurity, she couldn’t be older than 14 years old.

Innocent looking and all, she couldn’t follow the conversation. She just appeared star-struck and no idea what she was getting herself into. She just sat there frozen and nervously laughed (as any kid does when they hang with the older “cool kids”). Any eye contact intimidated her, so she spent the majority of the time looking at her feet. She didn’t say a word the entire time. The actor was clearly unashamed about his lack of everything.

A patron sarcastically asked him if that was his daughter, he said: “Yeah, that’s my daughter” also in a sarcastic fashion. Things got heated: “Are you fucking kidding me? What is she? 14? If even that? You sad, pathetic man!”. As this was happening, I kept looking at his friends like: “Is this for real? Why are you not saying anything?” When the actor wasn’t looking, they kept mouthing the words “thank you” while nodding their heads in agreement.

A C-list actor, producer, and director was there and pulled the patron aside to say he was “100% supportive of her choice of words.” He was stuck with the douche because he was acting in the play the B-lister was producing. The C-lister acted in a trilogy comedy about a police precinct. But this is the kind of Hollywood culture that needs to go, and anyone who turns an eye away is just bluffing with their virtue signaling. Much like the “me too” movement.

“At least, the girl didn’t seem like she was held against her will. It was more so him taking advantage of a naive young minor who I don’t believe would have the courage to say ‘no’ when the situation arose. Which I feel most likely did.” – Long story short, they made him feel 2″ tall, and he packed up and left – his entourage embarrassed. The patrons admitted they were fans until they met the actor, who also is the son of a former C.I.A. assassin.